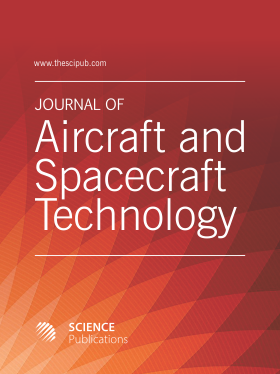 Copyright: © 2021 Relly Victoria Petrescu, Raffaella Aversa, Antonio Apicella and Florian Ion Tiberiu Petrescu. This is an open access article distributed under the terms of the Creative Commons Attribution License, which permits unrestricted use, distribution, and reproduction in any medium, provided the original author and source are credited.

For the first time, scientists have shown through direct observations of the ozone hole by a satellite instrument, built by NASA's Jet Propulsion Laboratory in Pasadena, California, that levels of ozone-destroying chlorine are declining, resulting in less ozone depletion. Measurements show that the decline in chlorine, resulting from an international ban on chlorine-containing human-produced chemicals called Chlorofluorocarbons (CFCs), has resulted in about 20% less ozone depletion during the Antarctic winter than there was in 2005 -- the first year that measurements of chlorine and ozone during the Antarctic winter were made by NASA's Aura satellite. The ozone layer is the area of the terrestrial stratosphere, which is largely made up of ozone. This layer contains 90% of the ozone found in the atmosphere and absorbs 97-99% of high-frequency ultraviolet radiation. The ozone layer ranges from about 15 km to about 40 km altitude. Ozone is part of the gases that make up the atmosphere: It is born out of oxygen through photochemical reactions caused by solar radiation. The earth is surrounded by an ozone layer located at a very high altitude. This layer filters about two-thirds of the Ultraviolet (UV) radiation from the Sun. If all the rays reach Earth, it would be damaging to life on the planet. The ozone layer is located in the stratosphere, but the most concentrated is 20-25 km. Basically, it is ozone and not pure ozone air, with a larger number of ozone molecules in the composition than the usual air (containing mainly nitrogen and oxygen). In the ozone layer there is a continuous transformation between different forms of oxygen. The usual oxygen molecules, O2, split into oxygen atoms, O. They merge with the oxygen molecules forming ozone, O3. Over time, ozone decomposes into normal oxygen O2 and single oxygen atoms, O. Over the past 40 years, industrial production using many chlorine-containing chemicals such as chlorofluorocarbons (CFCs) in sprays, refrigerants and solvents used in the electronics industry has increased. These substances have been banned under the Montreal Protocol. In September 2014, the United Nations and the World Meteorological Organization published a report on the evolution of the ozone layer, arguing that it could be rebuilt by the middle of the century as a result of the measures adopted by the Montreal Protocol. According to the report, the ozone layer has declined globally in the 1980s and early 1990s, has remained relatively unchanged since 2000 and could revert to the 1980s before 2050.