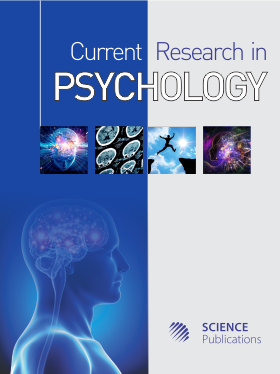 Copyright: © 2021 Michael R. Woloszyn. This is an open access article distributed under the terms of the Creative Commons Attribution License, which permits unrestricted use, distribution, and reproduction in any medium, provided the original author and source are credited.

Problem statement: Using the method of adjustment, participants compared the line lengths of ‘dumbbell’ and ‘spectacle’ versions of Muller-Lyer (circles and ovals at the endpoints in place of arrowheads). Approach: Three popular competing explanations for the illusion (conflicting cues, misapplied size constancy scaling and confusion hypothesis) make differing predictions concerning the pattern of change in illusion strength when the bounding elements are varied. Results: PSEs were computed for circle and spectacle versions of Muller-Lyer, in which the end points were varied in size or orientation. A set of planned comparisons were carried out between the baseline versions of the illusion (with small endpoints) and the other configurations where the inner, outer, or both bounding elements were altered. Increasing the size of the inner bounding circles, as well as the inner and outer bounding spectacles, gave rise to significant increases in the illusion size (although the effect was not additive), however increasing the size of the outer bounding circles resulted in an unexpected significant decrease in illusion size not predicted by any model considered here (all differences significant at p<0.005). It is possible that this unusual result is due to the bounding elements being perceived as separate from the line being bound. Conclusion/Recommendations: In summary, Confusion Hypothesis came closest to predicting the observed pattern of results however a complete explanation requires a combination of Misapplied Size Constancy Scaling, Confusion Hypothesis and the Ebbinghaus illusion.