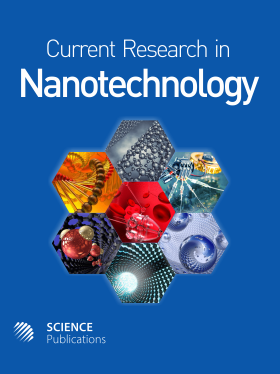 Extending the Repertoire of Structures in DNA Nanotechnology

Copyright: © 2021 Clive Delmonte. This is an open access article distributed under the terms of the Creative Commons Attribution License, which permits unrestricted use, distribution, and reproduction in any medium, provided the original author and source are credited.

DNA nanotechnology remains an active area of research and advances have been reviewed recently. DNA nanotechnology seeks to deploy molecules at an atomic level and on a small molecule scale. Other techniques in biophysics and biochemistry do not need to address the issue of the true structure of the nucleic acids at an atomic level but, rather, at a macro-atomic level such as in genetics and in immunology, for example. Accordingly, DNA nanotechnology is perhaps uniquely dependent upon exact clarity in the secondary and tertiary structures of the nucleic acids, as well as that can ever be achieved. Challenges include expanding the use of DNA in medicine, and the construction of detectors with higher sensitivity for biological and chemical settings. Though increasingly complex architectures have been constructed, novel approaches to a greater rôle in biological computation and data storage remain important goals. Here a repertoire of structures for DNA at an atomic level is described which offers a new conjecture with which to move forward. The DNA double helix model faces many problems which have become apparent in the 62 years of research in molecular biology that have elapsed since it was formulated by Watson and Crick in 1953. Experimental evidence is set out seeking to show that the only truly side-by-side alternative, the paranemic model, accounts better for the wide range of phenomena otherwise inexplicable with the double helix model. This paranemic model can engage in a repertoire of structural options denied to the DNA double helix model. Without the requirement to postulate unwinding of the DNA strands, the nucleotide base sequence is immediately accessible to complementary DNA sequences to promote rapid detection of specific molecules in biological and medical settings. Rapid switching between Watson-Crick and Hoogsteen base pairing and four-stranded structures can allow greater complexity in the construction of molecular switches and digital programming.