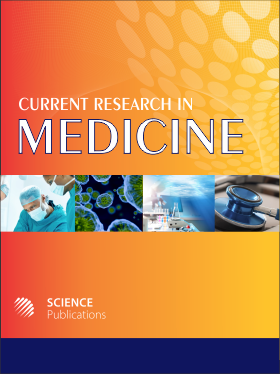 Copyright: © 2021 Atef M. Al-Attar. This is an open access article distributed under the terms of the Creative Commons Attribution License, which permits unrestricted use, distribution, and reproduction in any medium, provided the original author and source are credited.

Problem statement: Diabetes mellitus is a chronic disease that causes serious health complications and it is now one of the most common non-communicable diseases globally. It is the fourth or fifth leading cause of death in most high-income countries and there is substantial evidence that it is epidemic in many economically developing and newly industrialized nations. Recently, there has been a growing interest in antidiabetic agents from natural products especially those derived from plants. The antidiabetic agents have been focused on plants used in traditional medicine because that may be a better treatment than currently used synthetic drugs. Approach: The influence of Acalypha wilkesiana leaves extract on the levels of serum glucose, triglycerides, cholesterol, sodium (Na), potassium (K) and Calcium (Ca) was investigated using Streptozotocin (STZ)-induced diabetic mice. Diabetes was induced in male albino mice by single intraperitoneal injection of STZ (60 mg kg1 body weight). The experimental animals were divided into four groups. The first group was untreated and served as normal control. The mice of second group were used as diabetic control group. The diabetic mice of third group were treated orally with A. wilkesiana leaves extract for 30 days. The normal mice of fourth group were treated orally with A. wilkesiana leaves extract at the same dose given to third group. Results: The diabetic mice showed significant increases in the levels of serum glucose, triglycerides, cholesterol and Na after 10, 20 and 30 days. Also, the level of K was statistically increased after 20 and 30 days, while the level of Ca was significantly elevated after 30 days. The diabetic mice given A. wilkesiana leaves extract showed significant decreases in the levels of serum glucose, cholesterol and K. Insignificant alterations in the values of serum triglycerides, Na and Ca were noted in diabetic mice treated with leaves extract at all periods of experiment. Conclusion/Recommendations: These new data indicate that A. wilkesiana represents an effective antihyperglycemic, antihyperlipidemic adjunct and ameliorative role on electrolytes disturbances for the treatment of diabetes and a potential source of discovery of new therapeutic agent.