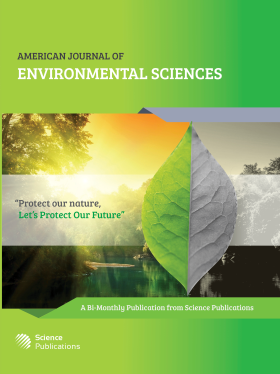 Several hazardous contaminants are continuously being added every day to the environment which have significant impacts on organism's health. These contaminants are from urban and domestic inputs (highway runoff, domestic pesticide use), farming activities (crop protection, manure application and sewage etc.), industrial effluents, waste disposal (leachate from landfills) and atmospheric deposition. These contaminants should be considered in terms of (i) fate i.e. whether persistent or non-persistent and (ii) impact i.e. the level of damage to the living organisms. These contaminants pose a threat to the human health and other organisms including bioaccumulation, health and survival.

The impact of chemical contaminants depends on its amount released to the environment and also to the sensitivity of the organisms - some species are more sensitive to a particular chemical than others. Environmental contaminants may be short-lived (non-persistent) or long-lived (persistent even for decades). Short-lived contaminants affect only the immediate area of their release whereas long-lived contaminants may either restricted to the area of release or may be transported to other areas, accumulate in animal tissues, biomagnify in food chains, and provoke significant impacts on organisms health. When released at large amounts in the aquatic reservoirs, these contaminants may cause severe affect (even mortality) either directly or due to starvation by destruction of food organisms whereas at lower concentrations they produce sub-lethal effects such as behavioral changes, physiological changes, biochemical changes and histological changes. This issue would focus upon environmental contaminants and their impacts on organisms.