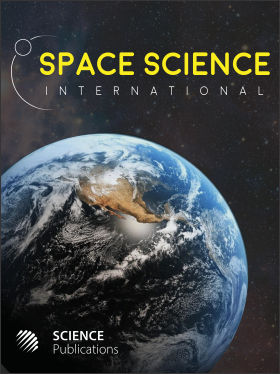 A Brief Tour into the History of Gravity: From Emocritus to Einstein

Copyright: © 2021 Panagiotis Papaspirou and Xenophon Moussas. This is an open access article distributed under the terms of the Creative Commons Attribution License, which permits unrestricted use, distribution, and reproduction in any medium, provided the original author and source are credited.

The History of Gravity encompasses many different versions of the idea of the Gravitational interaction, which starts already from the Presocratic Atomists, continues to the doctrines of the Platonic and Neoplatonic School and of the Aristotelian School, passes through the works of John Philoponus and John Bouridan and reaches the visions of Johannes Kepler and Galileo Galilei. Then, the major breakthrough in the Theory of Motion and the Theory of Gravity takes place within the realm of Isaac Newton’s most famous Principia and of the work of Gottfried Leibniz, continues with the contributions of the Post-newtonians, such as Leonhard Euler, reaches the epoch of its modern formulation by Ernst Mach and other Giants of Physics and Philosophy of this epoch, enriches its structure within the work of Henry Poincare and finally culminates within the work of Albert Einstein, with the formulation of the Theory of Special Relativity and of General Relativity at the begin of the 20th century. The evolution of the Theory of General Relativity still continues up to our times, is rich in forms it takes and full of ideas of theoretical strength. Many fundamental concepts of the Epistemology and the History of Physics appear in the study of the Theory of Gravity, such as the notions of Space, of Time, of Motion, of Mass, in its Inertial, Active Gravitational and Passive Gravitational form, of the Inertial system of reference, of the Force, of the Field, of the Riemannian Geometry and of the Field Equations. These primary fundamental theoretical and structural notions appearing each time in the corresponding Theories of Gravity and within the various Paradigms of the Gravitational interaction. We shall refer briefly to the History of Gravity, mentioning only a few landmarks or great personalities which shaped these fundamental physical and epistemological notions.