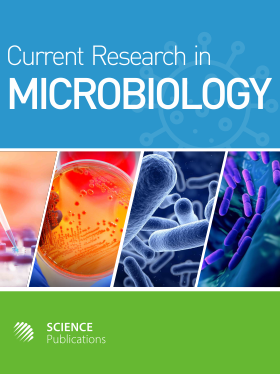 Copyright: © 2021 Namita Soni and Soam Prakash. This is an open access article distributed under the terms of the Creative Commons Attribution License, which permits unrestricted use, distribution, and reproduction in any medium, provided the original author and source are credited.

Problem statement: Mosquito is a very common vector of several tropical diseases such as malaria, filariasis, dengue and chikungunya. Till todate, many xenobiotics have been used to control mosquito population and protect people from mosquito born diseases but increasing rate of resistance against these xenobiotics is a major concern in the disease control management. In contrast, extensive use of these xenobiotic may lead to cause opurtunistic disease like cancer. Therefore, biological control can thus be an effective and environmental friendly approach, which can be used as an alternative to minimize the mosquito population. Fungi and fungus-derived products are highly toxic to mosquitoes, yet have low toxicity to nontarget organisms. Aspergillus niger is a cosmopolitan fungus which is primarily isolated from soil and decomposing plant materials. Approach: In the present investigation, this fungus was cultured on Czapek Dox Broth (CDB) for extracellular metabolites production. The A. niger was maintained at 25°C under 75 ± 5% humidity for 15 days. The extracellular metabolites were filtered through Whatman no.-1 filter papers. The purification of crude metabolites was done with different ratio of ethanol and metabolites (ethanol: metabolites = 9:1, 8:2, 7:3, 6:4, 5:5, 4:6, 3:7, 2:8 and 1:9, respectively) using column chromatography. All fractions were applied for larvicidal efficacy against the larvae of Culex quinquefasciatus, Anopheles stephensi and Aedes aegypti. The larvicidal efficacy was performed at six-log concentrations for 24, 48 and 72h. Results: The mortalities values were obtained by probit analysis. One potential ratio was selected for efficacy study among all ratios. The 2:8 ratio was found effective against the larvae of Cx. quinquefasciatus and An. stephensi. Whereas, a 4:6 ratio was found effective against the larvae of Ae. aegypti. The larvae of Cx. quinquefasciatus were found highly susceptible to the purified metabolites of A. niger than the larvae of An. stephensi and Ae. aegypti. Conclusion: The metabolites of A. niger may be environmental safer and a biocontrol agents for mosquitoes population in tropical countries where these vectors are significant.