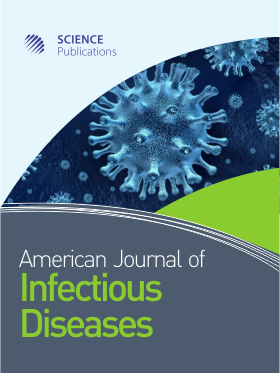 Copyright: © 2020 Hani A. Masaadeh and Adnan S. Jaran. This is an open access article distributed under the terms of the Creative Commons Attribution License, which permits unrestricted use, distribution, and reproduction in any medium, provided the original author and source are credited.

The primary aim of this study was to determine the incidents of pseudomonas aeruginosa in post-operative wound infection and its sensitivity pattern to commonly used antibiotics. During a period of six months between February to December, 2005, 115 specimens were collected from King Abdullah University Hospital, Princess Basma Hospital, Princess Badea and Princess Rahma Hospitals. Samples were obtained from the hospitals and processed in our research microbiology lab. Assessment of Pseudomonas aeruginosa as an agent of nosocomial infections. Out of the 115 bacterial isolates found in post-operative wound infection, 20 (27.8%) were Pseudomonas aeruginosa, followed by E. coli 18 (15.6%), S. aureus 17 (14.7%), Acinetobacter calcoaceticus 15 (13.0%), K. species 14 (12.1 %), Proteus species 7 (6.0 %), Citrobacter freundii 4 (3.4%), Streptococcus pyogenes 3 (2.6 %), Enterococcus faecalis 3 (2.6%) and no growth 2 (1.7 %). The results showed that the occurrence of Pseudomonas aeruginosa was higher in young groups than in the other groups. The lowest causative agents of post operation infections were Streptococcus pyogenes, Enterococcus faecalis and Citrobacter freundii. There was no significant difference in the occurrence of hospital infection between males and females. The sensitivity pattern of P. aeruginosa isolated from patients in post-operative wound infections, the organism was sensitive to amikacin, gentamicin, tobramycin, ciprofloxacin and aztreonam with amikacin showing the highest percentage sensitivity. In conclusion this study shows that there is an increased rate of incidence of Pseudomonas aeruginosa in post-operative wound infections.